How to Make Iced Coffee With A French Press

It’s spring time now, with summer just around the corner.  As the seasons change a cool refreshing iced coffee drinks sound a whole lot better than hot lattes or a fresh pour over.  Iced coffee is my perfect caffeinated warm weather fix .

Here’s how to make iced coffee with a french press quickly and easily.  This is just a black iced coffee, and of course you can add what ever you’d like to it to flavor it, or make it creamy, but I will cover those in a later post. 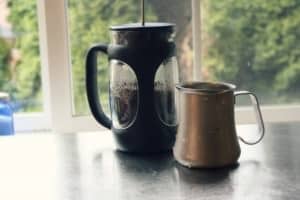 You won’t need much for this one, just: 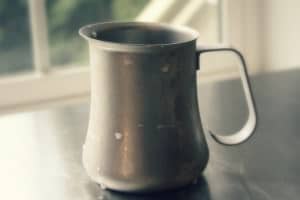 You might want to brew your french press a little stronger than usual since it will get a become watered down later when we pour it over ice. 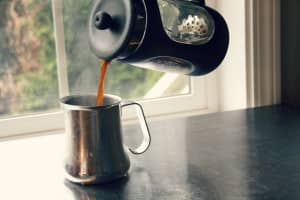 Grab out a metal steam pitcher, or something similar.  Be careful, you don’t want to use anything that is fragile, or might shatter since we are going to be pouring steaming hot liquid into a frozen container.

The idea here is that the frozen pitcher will cool the coffee from the french press quickly and without having to water the coffee down by using a lot of ice, or waiting for it to cool in the fridge for a long time.  But, you can stick one or two ice cubs into the bottom of the pitcher to help things cool down a little quicker.

At this point I will usually stick the steam pitcher into the freezer to help it finish cooling all the way.  The iced coffee will fully cool in around five minutes.

Don’t forget it!  I have.  I had one giant coffee ice cube the next day, it was very sad.

That’s it, you’re all done.  Just pour the cooled french press iced coffee over some ice to get it nice and frosty, and you’ve got one nice cool glass of coffee to keep you wired and refreshed on a warm sunny day. 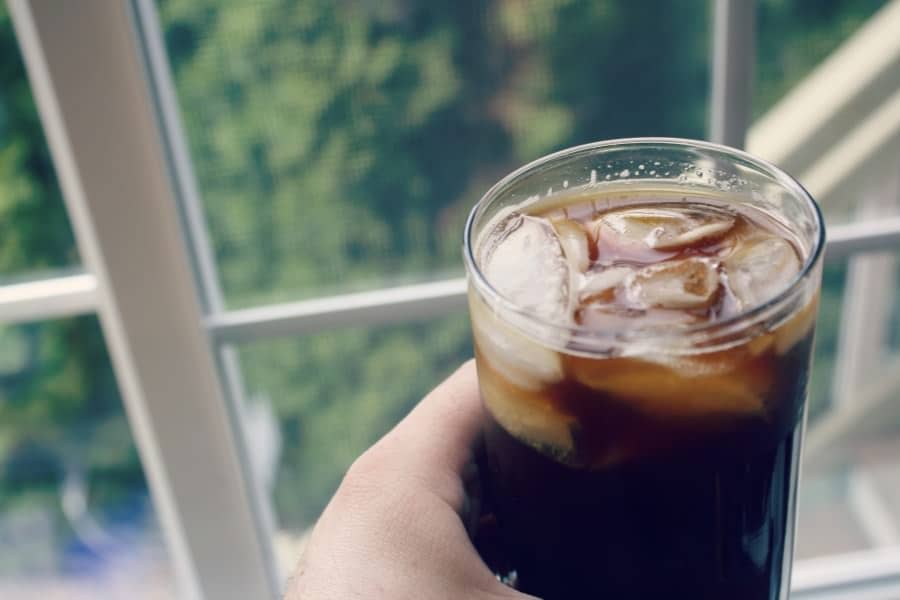 Let me know how this works for you, or if you’ve got your own favorite alternative to making a french press iced coffee in the comments.
-Lance
Prep Time 3 minutes
Active Time 5 minutes
Total Time 8 minutes

I know this was written a long time ago, but I wanted to add that you could make either coffee or milk ice cubes and use them instead of regular ice. This would eliminate the watering down issue. I suppose you could even add some spices or flavors to the ice cubes as well (vanilla, chocolate, cinnamon, sugar, etc.). I'm thirsty now.

Oh man! That is an incredible suggestion, thank you for taking the time to comment :)

Welcome to The Homemade Experiment!

Making the things we buy everyday while being healthier, saving money, and have fun!